The Ranch That Jokes Built 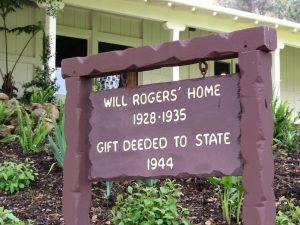 Just a short, winding drive up the hill from Sunset is the Will Rogers State Historic Park. Since it’s a part of Sunset that is unwalkable, we decided to visit it and include it here as the penultimate installment of our hejira from Olvera Street to the sea.

Will lived here for a relatively short time, from 1928 until his death in 1935. He built a 6-room ranch house and in seven years, expanded it, a room or two at a time, to 31 rooms. He also built a grand stable and facilities for the two activities he most enjoyed in life: polo, and calf ropin’. 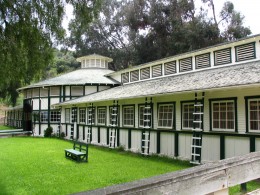 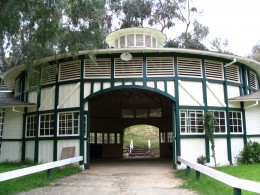 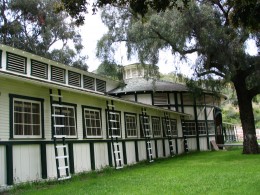 Polo? Will Rogers? It was a bit of a jar the first time I heard that. I associate polo with rich, pampered, useless people like Prince Charles. It’s an expensive sport, requires a huge playing field and a lot of horses. 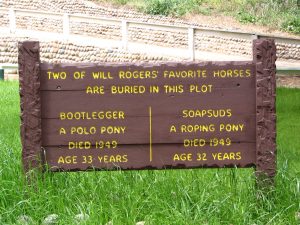 But horses were what Will Rogers was all about. He made a lot of money in his lifetime but never kept much of it. He’d either spend it or give it away. He traveled, he bought the ranch, and he had fun with his time. Living in Los Angeles, being a big celebrity, he knew most of the famous snobs of his time, was buddies with many of them … and no doubt could ride the pants off of any of them. I can just see him out there on the vast green lawn with Errol Flynn, John Ford, Douglas Fairbanks, and other celluloid he-men, showing them how it was done. I’ll bet he got a kick out of it.

But calf ropin’? Where’s the fun in that? Which brings me to the two statements he was famous for that I think are rather dumb (out of hundreds and hundreds that are so spot-on they still take your breath away all these years later):

1) There is something the matter with a man who doesn’t like a horse.

As a man who appreciates equine beauty but has steered clear of them all my life, I have to say this is a cat person/dog person argument. I am totally gaga crazy mad about dogs. I can’t keep my hands off them. I love all of them except the ones that actually want to take a bite out of me. Cats I can take or leave, depending on the cat. If a cat ignores me, is too snooty to get up in my lap and ask to be stroked … well, fuck him. To a cat person, this is precisely why they like cats. They have dignity, they are independent. Cat people like that. Me, I like an animal that likes me. We’ll never see eye to eye on this issue: no point in arguing it.

It’s the same with horse people. I, personally, think there’s something a little off about a person who doesn’t love a dog, but I don’t go around telling people that. Well … I just did, but you know what I mean.

Enough about that. Rogers also said this:

This is a paraphrase, but it’s the one most often quoted, and though the actual wording (possibly in a comment about Leon Trotsky, who Rogers never met) is in dispute, the meaning is not. He meant it literally. He felt that if he got talking to anyone, he’d end up liking him.

Well, that’s incredible to me. I just looked it up, and realized with a bit of an unpleasant shock that I am now three years older than Will Rogers was on the day he splashed into the water at Point Barrow, Alaska, with Wiley Post. And though I haven’t met a fraction of the people Will met, including many of the richest and most powerful men of his day, I’ve met plenty of men I didn’t like. I expect to meet more.

So does that make me a misanthrope and Will a saint? I don’t know, but it’s a fundamental difference, and may be why his humor was so gentle, even when he was kicking someone firmly in the ass.

Aside from those two statements, I like everything about Will Rogers, and always have. It is incredible to contemplate, in these days when political discourse is steered by the pustulent likes of that drug addict Rush Limbaugh and the spewing hatred of Bill O’Reilly, that this was the most influential and beloved political commentator of his day. Plus, he was a radio personality, and a big movie star (second only to Shirley Temple one year!) … and he could rope a calf like nobody’s business! Plenty of people wanted him to go into politics, and I don’t doubt that had he run for president he would have won in a landslide.

He had this to say about that:

I not only “don’t choose to run” but I don’t even want to leave a loophole in case I am drafted, so I won’t “choose.” I will say “won’t run” no matter how bad the country will need a comedian by that time.

Which just illustrates the principle that has become more obvious with each passing year: The only people I’d trust to run the country are the ones with too much sense to take on the job. We are left with the dregs, from George W Bush to John Kerry.

The ranch and buildings were given to the State of California by Betty Rogers in 1944, and the state let much of it get into a deplorable condition. But much restoration work has been done now, and the newly-reopened stable is immaculate. The polo field is beautiful, and even Will’s calf-ropin’ arena is fully restored … and a little puzzling. It’s a big oval enclosure. At the north end is a pen made of sticks which was used to contain the goats that Will would sometimes rope (when he got tired of calves?), and to the south is the gate where the calves would be released. It’s all surrounded by a board fence that leans outward, maybe ten degrees from vertical. At first look, it seems to be falling down. The guide Lee talked to couldn’t tell us why that is, and we couldn’t find a ranger. Any calf ropers out there? If so, could you tell us why the fence was built to lean out like that? 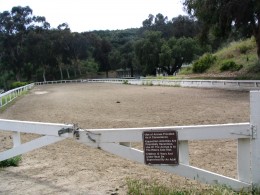 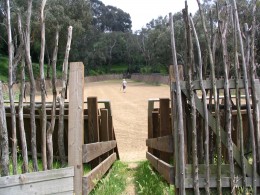 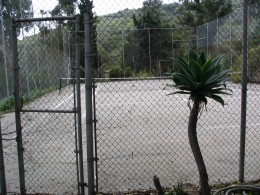 About half the ranch house is open for visitors, but you have to be part of a tour. This wasn’t a problem the day we were there. Two docents were leading groups of from 2 to 6 people through the open rooms. It is about as comfortable a house as I’ve ever seen. Each room has a fireplace. The theme is aggressively western. It’s a great, big bunkhouse, knotty pine walls, wood floors … but an extremely nice one. All the furnishings are the original stuff, and so are the books on the shelves and the pictures and artwork on the walls. 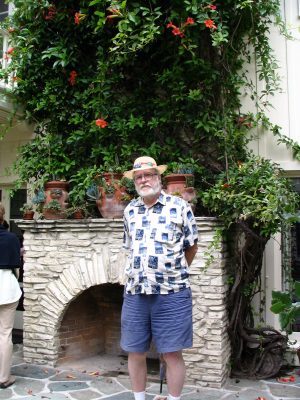 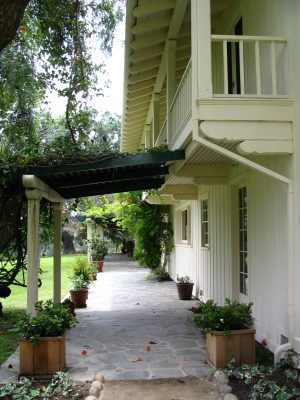 And we can’t show you any of it. No photography allowed, and let me tell you, we’re running into this more and more, and it pisses us off. What is the deal here? This place is owned by the state, which mean us. I own a piece of it, and so does Lee, and so do you if you live in Cahleefornia. I have absolutely no problem with the tours being guided, so nobody steals something, nor with the cautions to keep on the rubber runners. Constant traipsing can do a lot of damage, the place needs to be protected. I’ve got no problem with not allowing photography in galleries that are exhibiting copyrighted works, or works for sale. I don’t mind a prohibition on flash photography; it’s distracting to other viewers. But why can’t we take pictures of our own stuff? Will someone explain that to me? 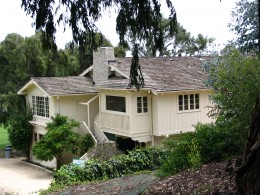 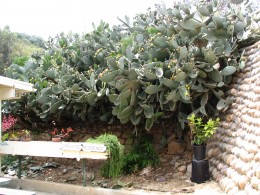 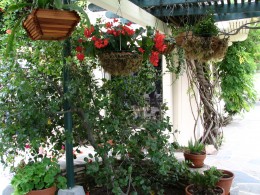 My feeling is the state bans photography … because it can. To the bureaucratic mind, any question that can be answered “no,” will be answered “no,” just as a matter of principle, unless there’s a lawsuit involved. Even then, they may fight.

Other than that, we highly recommend the ranch as a great place to spend the day. We took a picnic lunch from Whole Foods and had a great time.