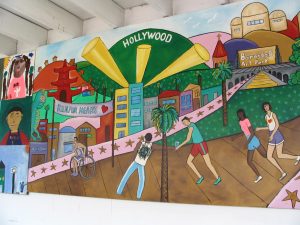 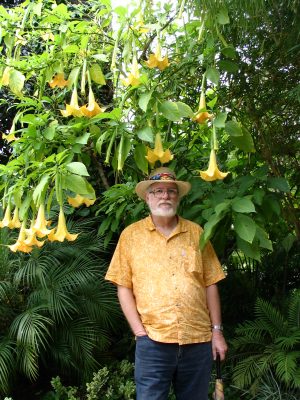 The day started well. As we got out of the car we were greeted by the song of a mockingbird in the tree overhead. We looked for it but couldn’t find it. No problem. When you find a mockingbird you haven’t found much. It’s drab and ordinary. It’s the song that is glorious. You only need to listen for a few minutes to understand why it’s a sin to kill a mockingbird. I’m quite familiar with them—it’s the state bird of Texas, where I grew up—but I always associated them with the South. I didn’t know they had them in Cahleefornia. But I hear one most mornings when I get up, along with a dove.

The first place of note was KCET, home to the local public television station and Huell Howser, the folksy Tennessean transplant who has been everywhere in the state and was our first guide to its odd corners, via videotapes of his series, California’s Gold.

There’s a plaque set into the gate at KCET that identifies the site as the northwest corner of the original Los Angeles Pueblo. That puzzled me, as we’ve been to the pueblo and it’s at least five miles away, on Olvera Street. But here’s the story:

The first white settlement in the area was Mission San Gabriel, founded by Fathers Pedro Cambón and Joseph de la Somera in 1771, under the direction of Junipero Serra. Later, in 1781, 44 Hispanic people from the mission moved west and founded El Pueblo de Nuestra Señora Reina de los Ángeles sobre El Rio Porciuncula. The Town of Our Lady Queen of the Angels on the Porciuncula River. I’m thinking this must have been the name of the rancho, like Rancho La Brea even farther west, and that it encompassed quite a bit of acreage. There’s no trace of the place now, just the KCET building. 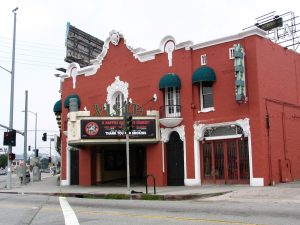 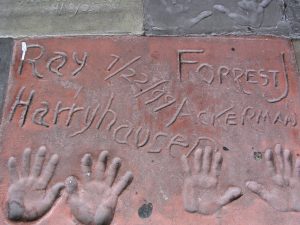 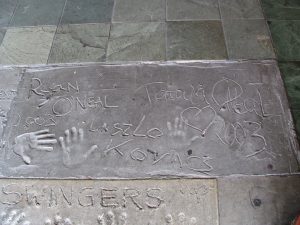 But whatever you do, try to avoid crossing the street there. It’s a nightmare intersection. If you drive straight on what you think is Sunset, you end up on Hollywood Boulevard, because Sunset makes a curve there. It also intersects Hillhurst and Virgil, so it’s complicated. We waited through what must have been three cycles and STILL didn’t get a WALK sign, so I said “The heck with this!” (or words to that effect), and hobbled across. We had to cross against the light again, and that’s the last time we walk that intersection. We were walking along the southern edge of the Los Feliz Village neighborhood, which is fairly ritzy. The literal translation of Los Feliz is “The Happy!” Nice name for a neighborhood. 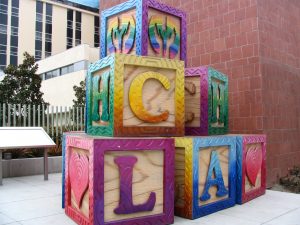 Now we’re getting into the medical district., There must be 20 buildings devoted to research, parking, and patient care, and a lot of construction going on, most of it belonging to Children’s Hospital or Kaiser-Permanente. Just north of the complex is Barnsdall Park, which has the Municipal Art Gallery and a Frank Lloyd Wright structure, Hollyhock House. Wright was going to design an entire arts complex there, but it was interrupted by one thing or another. It’s a good place to go and have a picnic lunch, which we did a few days ago. Spectacular views of the Hollywood Hills … but it’s at the top of a hill itself, and not really on Sunset, so we didn’t go that day. 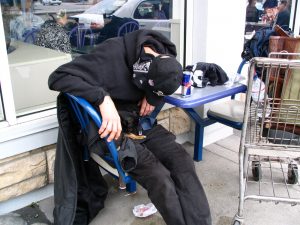 In that complex is Vermont Street, which is the official eastern boundary of Hollywood, which is a neighborhood of Los Angeles, not a town in its own right. Hooray! We’ve made it halfway to Beverly Hills! The Red Line Vermont/Sunset station is there. All the stations are different on the surface. This one looks sort of like a high-tech kerosene lantern. Vermont is also the boundary of our own micro-neighborhood: Little Armenia.

We stopped for whoppers at a Burger King. Sitting next to us … or rather slumping … at an outside table was a homeless man, fast asleep. It wasn’t until I got up that I noticed he had a dog, a little Chihuahua, also fast asleep in his lap. If you were homeless and still wanted a dog, a Chihuahua would be the way to go. You could carry him in your pocket. 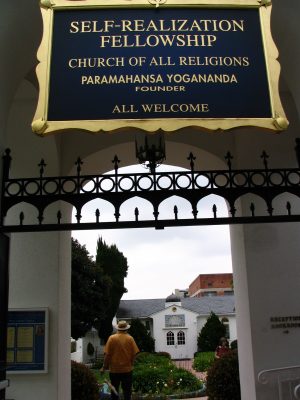 Cahleefornia has long been both a source and a magnet for weird new religions, and we were about to see two examples of it.

First was the Self-Realization Fellowship: subtitled, The Church of All Religions. Founded in the ’40s by Swami Paramahansa Yogananda. I remember it well from my walks with Chris in the ’60s. It is neat, tidy, and peaceful, only yards away from the clatter and roar of Sunset. It’s walled off, but open to the public. There are lovely gardens, numerous places to meditate. I have no idea what sort of snake oil they’re selling, but they’re sure doing it in attractive surroundings.

Not so the real weirdo cult, right next door. I speak, of course, of the Scientologists. They own large chunks of Hollywood, all tax-free, thanks to a neat little bit of blackmail of top IRS officials back in the ’80s. They must have 6 buildings on Hollywood Boulevard alone, and there’s the monstrous Celebrity Center just a few blocks from our apartment. 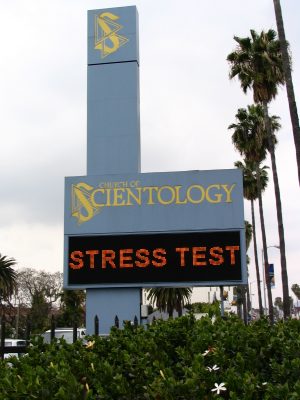 This place on Sunset looks like the main brainwashing factory, though. They own a whole city block, they have even somehow persuaded the Los Angeles government to name the street leading into it L. Ron Hubbard Way. (Hint: What is it every politician likes in his campaign war chest, and what does Scientology rake in by the trainload?) There are a lot of business-like buildings and a pavilion and a big flashing sign: COME IN FOR A FREE STRESS TEST! This is where they hook you up to an e-meter and tell you you are crawling with invisible aliens. Then they offer to rid you of these presences, called Body Thetans … for a small fee. Actually, not so small, around $11,000, and every time you finish an auditing you find out there’s another level on your way to being “Clear.” And then … you find out there’s another level. No mystery why they can buy all those big buildings around the world. It’s the world’s biggest Ponzi scheme. 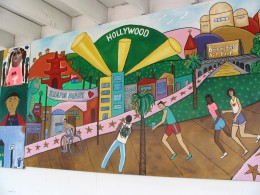 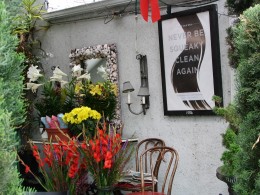 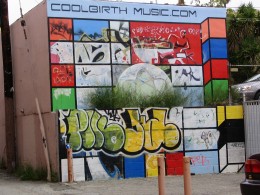 I always feel a bit creepy around a Scientology center. (Okay, I feel creepy in Salt Lake City, too.) It’s probably all those bodiless Thetans raging around, scraped away by relentless auditing, pining for the bodies they lost 75,000,000 years ago when the Galactic Emperor Xenu brought billions of people to Earth (then called Teegeeack) on spaceships that looked exactly like DC-8s with no engines, stacked them up around volcanoes, and blew them up with hydrogen bombs, and now all they can remember is previous lives as clams … You think I’m making this up? Check it out. 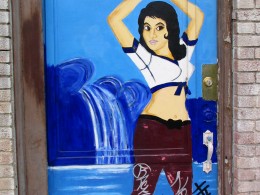 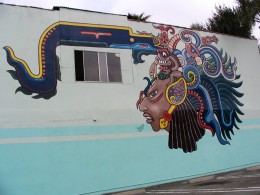 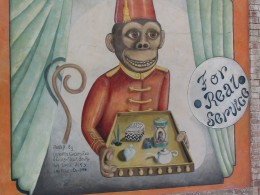 And remember, Lee and I knew Theodore Sturgeon, who knew L. Ron Hubbard back when he was making all this shit up.