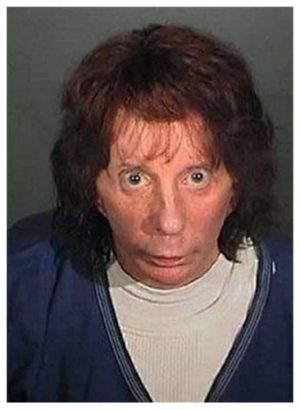 Finally, finally, a Los Angeles jury has done something right in a celebrity trial. About an hour ago as I write this, six men and six women did what few LA juries have been able to do in recent years. They ignored the idiotic arguments of highly-paid hired gun lawyers getting millions of dollars working for the defense, and used their common sense, something two jurors in the previous trial were unable to do.

When people like OJ Simpson and Robert Blake get off we are all pissed off, but this trial was on a whole different level for me. I knew Lana Clarkson’s parents, Donna and Jim, back in the late ‘60s and early ‘70s. Lana was quite young then, and naturally we didn’t know each other well. I remember her as a sweet-natured child. My oldest son, Maurice, remembers her a lot better. She was sort of his first love, his childhood crush. He and my other sons have kept in contact with Lana’s brother over the years.

My wife and I were quite close to Donna and Jim for several years. We saw each other often, in our apartment in the Haight-Ashbury, or up in Napa County. When my wife and I were living in upstate New York right after the Woodstock Festival, Jim found us and helped us drive a ’55 Buick Roadmaster back to California. That was a trip to remember. Jim had dropped out in high style. He’d worked in white collar jobs most of his life (he never talked about it much), but he reinvented himself as a buckskin-wearing, cowboy boots mountain man. He looked a little like Freewheelin’ Frank from the Fabulous Furry Freak Brothers, but a lot more good-looking.

Then we lost contact, and a few years later I learned that Jim had died of cancer in 1978, far too young.

When the murder first hit the news it didn’t occur to me that I had known Lana. The last name rang a bell, but I didn’t make the connection. Then I learned from Maurice that the dead woman was indeed Jim and Donna’s daughter. I was amazed at her movie career. People have belittled her as a B-movie bimbo, and I guess the first part is true, but so what? It’s more than most aspiring actresses achieve out here, and she was never a bimbo. She was very popular at comic conventions, where everyone liked her open friendliness.

You may call me prejudiced, I don’t care, but even before I knew who she was, I was sure of Spector’s guilt. It’s a no-brainer, really, I wouldn’t even have needed to hear any testimony. All I needed to know were three things:

1. He had pointed guns at women before, while staggering drunk.
2. Women DO NOT shoot themselves in the face. They tend not to like guns, going more for gas or pills. If they do shoot themselves, it’s usually in the heart.
3. People DO NOT commit suicide in the home of someone they’ve just met. It’s ridiculous. They do it at home, or make a public spectacle of it on a bridge or high building if they’re not serious about it.

If you need a fourth reason, consider that the first thing he said to the first person he saw after murdering Lana was this: “I think I killed somebody.” That business about the chauffeur not speaking English well enough to realize that what Spector really said was “That crazy bitch just shot herself in the mouth!” is purest bullshit. I listened to the man testify. He spoke English quite well, and he knew what he heard.

My heart went out to Donna during the first trial, forced to sit in the same room with that murdering scumbag, and then to be crushed by the hung jury. It has been SIX YEARS, my friends, six years, two months, and ten days, since he killed her. Six years while he enjoyed himself in his Alhambra mansion, free on one million dollars bail. He even got married to a REAL bimbo, 30 years younger than him. Today, his scumbag lawyer argued that he should remain free. HAH! Incredible! Is there ANYONE who doubts that the little worm would be off to some country with no extradition treaty just as soon as he could charter a plane with a hungry pilot? Facing a minimum of 18 years … oh, I just have to say that again …

… which, at 69 years of age … well, you do the math. It’s life, dude! Phil Spector, you have lived your last day as a free man. It’s concrete and bars from now on, and maybe some interesting cellmates who want to hear all about your much-overrated “Wall of sound,” while giving you an … education … about prison life.

Now Donna can go ahead with her wrongful death suit, which I’m sure she will win. Too bad that he seems to have spent most of his millions on lawyers, and will probably be soaked for more millions while the appeals are heard. He’s sure not going to have any use for the money now!