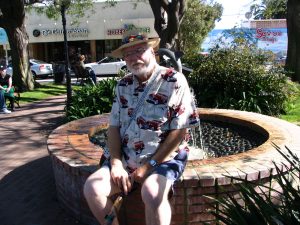 Oh, my, how we long for the days of Echo Park, of Silverlake, of brightly-colored murals and bodegas and people walking the streets. How we pine for the weird streets of Hollywood, the trendy folk thronging the sidewalks of the Strip. When you get right down to it, Sunset Boulevard stops being a great walk at the Luckman Building, 9200 Sunset, at the border with Beverly Hills. It’s still a great drive; as you whisk through the green walls and glimpse the multi-million-dollar mansions you find yourself wondering “Who are these people? Where did they get all this stuff? How can there be so many of them, able to live in places like this?” Miles and miles and miles of money, money almost cascading out into the streets.

But Beverly Hills is boring to walk through. One hour and you’ve seen it all. Bel-Air is even worse. Brentwood is no better, and here we come to Pacific Palisades … 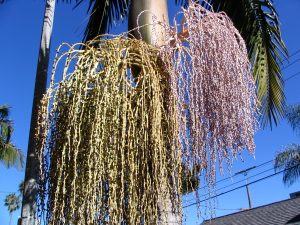 Remember, in installment one, I likened our trip to Bill Bryson’s attempt to hike the Appalachian Trail? He ended up doing only about a third of it. We’ve done better than that, but here at the end we’ve had to skip … and in a few places we just plain ol’ decided to skip. You’ll see on the map that we’ve skipped about 3 miles since the last walk. Technically, there are some sidewalks, or at least a few narrow paths, where we could have walked. It would have involved hunting up a parking spot in places hostile to strange cars, walking .2 miles out and .2 miles back, then moving the car, walking .4 or .3 miles, and back. So when we got to the ocean we could say “Well, we walked every place there was a sidewalk!”

You know what? Screw that. It becomes self-punishment, like the guys who keep on going up Everest when their toes are falling off from frostbite.

… well, maybe not that bad, but we set out to have fun, and these last miles, quite simply, are not. So we have found this little one-mile stretch of Pacific Palisades that at least resembles a neighborhood, though with nothing like the vitality and energy and excitement of the eastern blocks of Sunset, and this will be our last trek until we reach the half-mile of walkable street from the Pacific Coast Highway up the hill to … but I’ll save that, as it’s something pretty special. 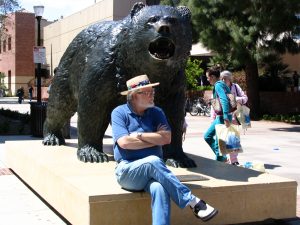 You may remember I said that Bill Bryson spent most of his trip terrified of bears, and that I said we didn’t expect any trouble from bears. Well, we didn’t have any trouble, but we did see one. It was the UCLA Bruin, outside Pauley Pavilion. We’ve got a picture of it somewhere, if Lee can dig it out …

You want to know just how boring Pacific Palisades is? Lee took 15 pictures. You may not realize how stunning that is until I tell you that, on a typical walk, she takes between 75 and 150 pictures. 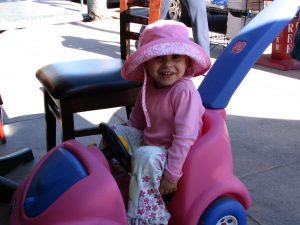 There are neat homes. (We’re tired of neat homes.) There is something so many Los Angeles neighborhoods have: a Village. (A dull village) Los Feliz Village, Brentwood Village; we must have passed half a dozen of them on this trip. I don’t know if they used to be actual downtowns before LA became a metroplex with few discernible borders, or if they only grew up because they were zoned for business. Some are livelier than others, and the rule of thumb is, the farther west you go, the less lively.

We stopped on the way back to the car at a little organic/Californian/Mexican/whatever cafe and I had a steak and portobello mushroom quesadilla that was to die for. Then we went home.