Nancy Sinatra Gets a STAR 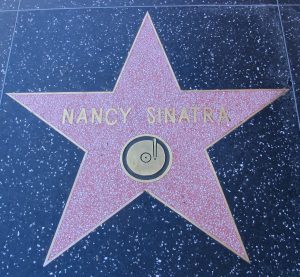 My advice to young women starting out is hang tough, don’t quit — even if it takes 40 years. ~Nancy Sinatra

Another rather odd star, like Vanna. She basically had the one hit, and never would have had that if she hadn’t had a famous father. I mean, she’s not that great a singer. And it runs in the family, too. Her brother, Frank Jr., was there, looking like a bloated version of his old man, also looking like he was angry with the world. I’d be, too, if I’d wanted to be a singer and had to somehow live up to the reputation of the greatest pop singer of the 20th Century (and one of the century’s premier assholes, too.) Frank Jr. looks like he got the asshole part right. It’s kind of a sad career when the high point of your fame is being kidnapped at the age of 19. Nancy has apparently devoted herself to Vietnam veterans, and I applaud her for that. But we were beginning to wonder just who did the selections for these stars. More about that later. Jo Anne Worley was there, too, one of those “Rowan and Martin Laugh-In” stars whose career didn’t exactly take off after the show closed. 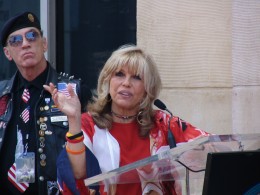 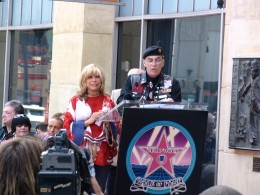 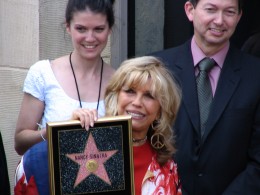 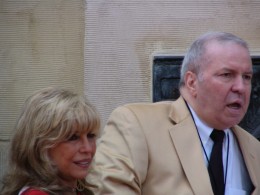 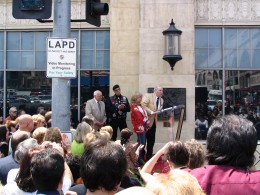 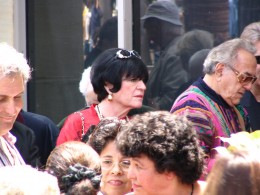