I recently read a story about the death of what her owner had proclaimed to be the “World’s Oldest Dog.” She was a 21-year-old wire-haired dachshund named Chanel, and for a while she’d been quite the celebrity, awarded a certificate by Guinness, appearing on television shows, the subject of a large number of newspaper articles.

I thought, “Twenty-one? That doesn’t sound that old.” It sounded fishy to me.

I know that Guinness used to be quite scrupulous in their data. But though they acknowledged that claims of “World’s Oldest Human” are fraught with fraud, they still certified someone all the time. There are even lists that you can find. But there are a lot of wackos out there eager to set some sort of world record, and somebody from Guinness always seems to show up. Are they as rigorous as they used to be, or are they just out for cheap publicity? I don’t know.

Chanel claimed the title after the previous oldest dog died. This was Bella, a Labrador cross who lived in England.

She seemed to have a well-documented age of 26. Again, that sounded fishy. That’s a gigantic gap, percentage-wise, between 21 and 26. Surely, if one dog can live to be 26, there must be dozens or hundreds who are 25, thousands who are 24, and so on.

Sure enough, a guy in Florida came forward with Smokey, a Shih-tzu who he claims is 23, and a woman in Louisiana had a dog, Max, who looks like a mutt and is said to be 26. Both of these people claim documentation for the age of their pooch … but you can’t help wondering if the dog they have is the dog whose birth was recorded. After all, who would know? The dog won’t be testifying.

Guinness has listed the oldest dog ever as Bluey, an Australian cattle dog who was said to have lived to the age of 29. There is also Bramble, a vegetarian who lived in Somerset, England. Bluey’s claim is unverified.

What made me interested in all this is that in a few days (as I write this) or today (as we post it), is the tenth anniversary of the death of our beloved friend, Cirocco, who was surely the best Shetland sheepdog—or dog of any kind—who ever lived. She was nineteen years and three months old when we decided the kindest thing—and the hardest thing I’ve ever done—was to put her down. (I knew that 19 and a quarter years was old for a dog, but I had never thought that Cirocco was actually nudging the upper limit. And I think it’s bunk. I simply don’t believe the oldest dog ever was 29 and the most recent oldest dog was 21. I will wager that there are literally thousands of dogs out there between the ages of 21 and 29.)

Most of those dogs cited above were in poor shape when they died, arthritic, going blind and deaf. Cirocco was like that, too. Some couldn’t walk anymore, and were pushed around in strollers. Cirocco could still walk, but if she fell down, she couldn’t get up on her own. Our vet gave us some wise advice. She said that’s no way for a dog to live, and ten years later I still know we did the right thing. I don’t think those owners are doing their dogs any favors, putting them in doggie wheelchairs. I’m not putting them down, mind you. I know only too well how agonizing it is to decide to kill the sweetest living being it has ever been your great good luck to live with. But though she never complained, not once, the vet assured us that Cirocco was in great pain every hour of the day. In the end, it was that thought that stiffened our resolve to have her painlessly euthanized. We simply couldn’t bear the thought of that wonderful dog hurting. We did what I believe is the responsibility of any dog lover to do, which is take that pain on ourselves. 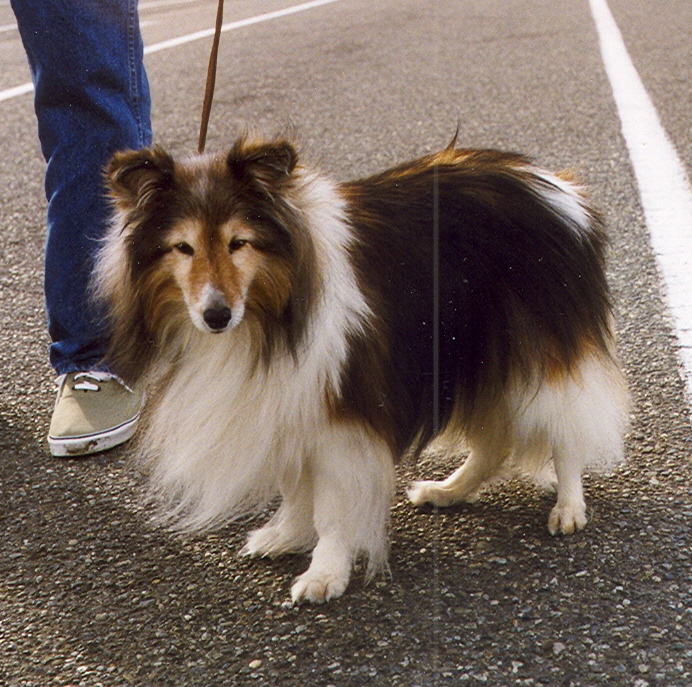 It still hurts, I still love her, and I still think of her every day.