James Bacon Gets a STAR 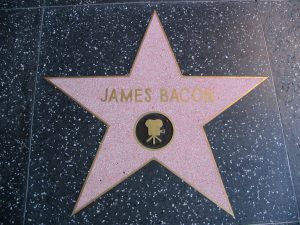 She was drinking champagne and straight vodka and occasionally popping a pill, … I said, “Marilyn, the combination of pills and alcohol will kill you.” And she said, “It hasn’t killed me yet.” Then she took another drink and popped another pill. I know at night she took barbiturates. ~James Bacon

We’d never heard of this guy, and still don’t know a lot about him. He doesn’t have a page at Wikipedia, if you can believe that. Hell, I have a page at Wiki, and nobody’s asked me if I want a star on the Walk of Fame … or offered to pay the 25 grand to get one. Doesn’t seem quite fair … But he is a reporter and columnist (don’t know if he’s still working; most of the people he used to cover are dead now), and back in the day, he knew everybody. I mean, everybody. Tim Conway and Angie Dickinson and Robert Wagner were there, and good ol’ Frank Sinatra, Jr., who seems to be on call for these sort of things, not having much else to do with his time. Bacon used to run with the Rat Pack in their heyday, and a lot of stories were told about the glory days in Vegas with Frank and Dino and those guys. Bacon is a healthy-looking 93 years old. There was an episode of “E! Hollywood True Story” made about him. I’d like to see it. This is the only ceremony we’ve seen on Vine Street, which is definitely seen as less choice real estate these days, but he wanted his star next to Sinatra’s, in front of a hotel that used to be a hang-out for some really big names, but is far from that now … and that’s what he got. 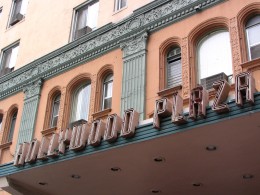 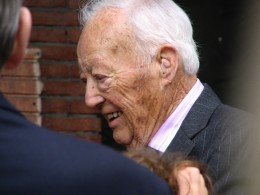 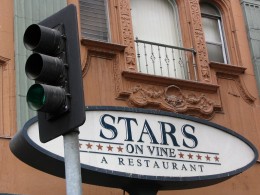 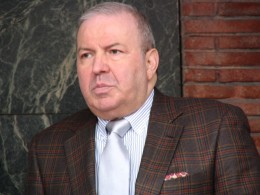 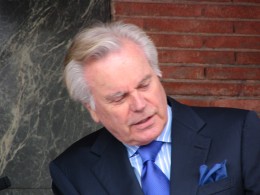 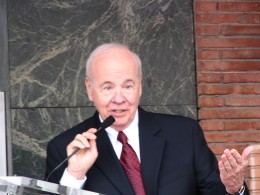 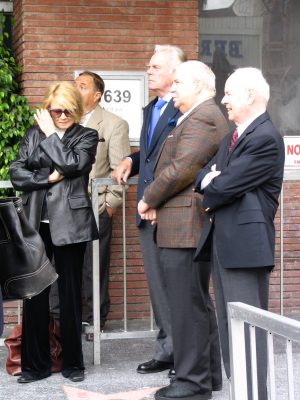 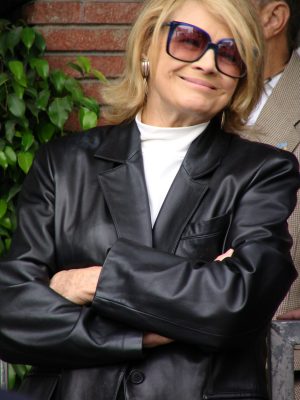 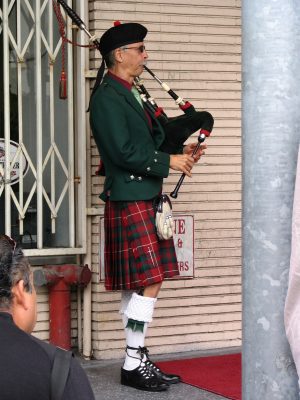