Jon Peters Gets a STAR 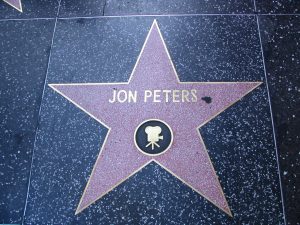 This is kind of embarrassing but I am proud to be here…. I started my career when I was 8 and recently kicked out of elementary school. … It’s been an amazing journey. Thank you. ~Jon Peters

How do you go from being a hairdresser to running Sony Pictures Studio (badly, according to many)? Why, just make sure the hair you dress belongs to Barbra Streisand. Soon you are friends, you date for a while, and the next thing you know, you’re a producer! (“I wanna be a producer, drink champagne until I puke!” ~Mel Brooks). And it can come in handy later in your career, too, when you’re getting your star on the Boulevard, and you let it be known that the divine Ms. S will be attending. Huge crowd … and let’s face it, how many people do you think would show up for Jon (who?) Peters? In the event, what we got was Brandon Routh, star of Superman Returns. Eventually Lee and I, and most of the people there, realized that we’d been had, that we were in fact waiting for Godot, not Streisand. Nice one, Jon. 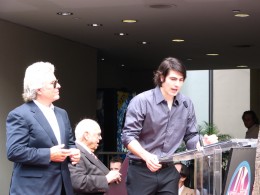 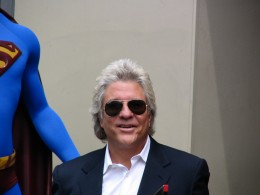 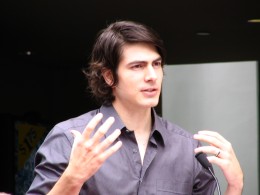