A Short Overview of Titan

Here's a very short but quite impressive video made by Jean-Paul Verne, a fly-through of Gaea from my trilogy. M. Verne wants to be involved if a movie ever gets made. Over the years many, many people have written to me wishing these books would be made into a movie. Naturally, I'd like that, too. Let's hope this is not as close as we'll ever get.

An episode in the 1985 television series Welcome to Paradox based on the short story “Options” by John Varley, teleplay by Scott Frost.

Technology has enabled the populace of Betaville to change ones sex as easily as changing ones clothes. So when Cleo Lawson finds that her husband is a philanderer she takes the ...

An episode in the 1985 television series Welcome to Paradox based on the short story “Blue Champagne” by John Varley, teleplay by Jeremy Lipp. 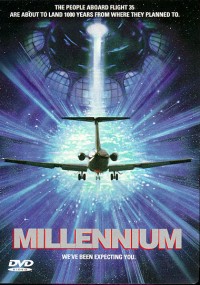 A far-future people reach back in time — to today — in order to survive.

John Varley’s screenplay was based on his short story Air Raid and his novel Millennium.

Of his Millennium movie experience ... 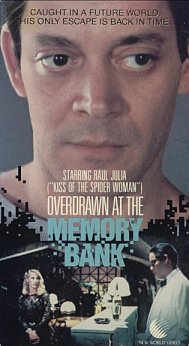 Overdrawn at the Memory Bank