Bruce Willis Gets a STAR 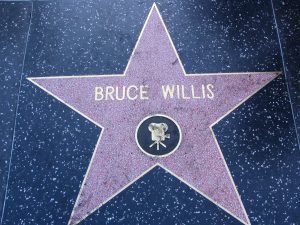 I used to come down here and look at these stars and I could never quite figure out what you were supposed to do to get one…. Time has passed and now here I am doing this, and I’m still excited. I’m still excited to be an actor. ~Bruce Willis

This one was held in front of Grauman’s, and was a whole different sort of affair than our previous two. These weren’t B- or C-list celebrities, these were Major Leaguers. Billy Bob Thornton and Ben Affleck spoke, and Demi Moore, Don Johnson, and Kevin Costner were there. I wouldn’t have recognized Johnson if he hadn’t been introduced to wave to the crowd, Demi stayed in the background and we only got one shot of her, and Kevin Costner was hiding in the back under a baseball cap, and we didn’t get a pic of him at all. 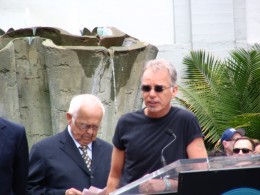 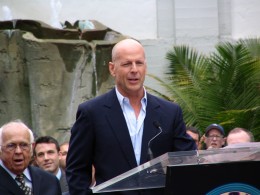 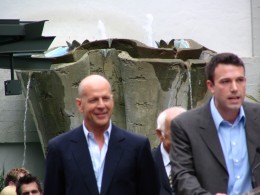 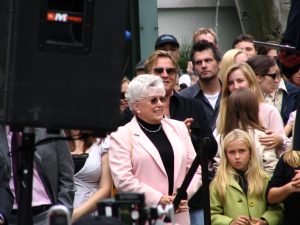 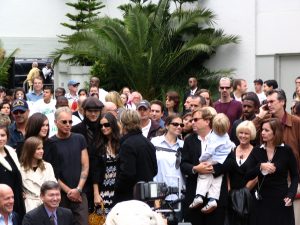