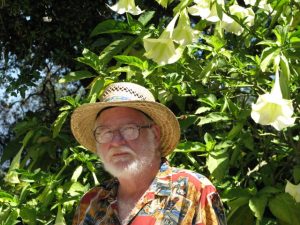 Easter Sunday, and it felt like a sin to try to work. It was 70 degrees outside, the sun was shining, the sky was blue as an Easter egg. So I picked the lock on the shackles chaining me to the computer (I’m past deadline on my newest book), grabbed Lee, and we jumped in the car and set out for the Descanso Gardens, in La Cañada/Flintridge, about 15 miles from our home. I punched in the address and let my new GPS unit ponder the quickest route that stayed off the freeway. I’ve set this device to speak with an English accent, which is fun, because the British lady mispronounces many of the Los Angeles street names. You should hear her struggle with Verdugo Road. 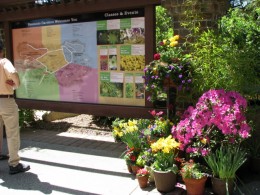 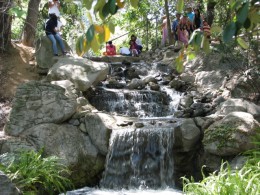 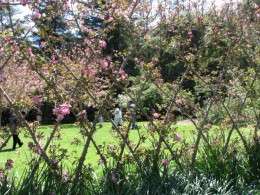 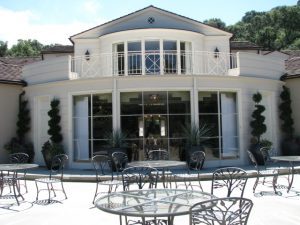 The 150 acres that are now the Descanso Gardens was originally the Rancho de Descanso, which translates as “The Ranch of Rest.” It was bought by newspaper magnate E. Manchester Boddy in 1937, and he built a 22-room mansion on a hilltop. The mansion is still there, and I’d love to live in it. According to the historical material decorating the walls in some of the rooms, Boddy purchased tens of thousands of camellia plants from a Japanese-American horticulturist in 1942, when our idiot government was rounding up Japanese families. But he wasn’t stealing from them, as so many whites did when the internees were forced to sell everything they owned in a few days. He held onto the plants and sold them back when the family got out of the concentration camp. And he became a horticultural enthusiast, and a leading authority on the camellia. 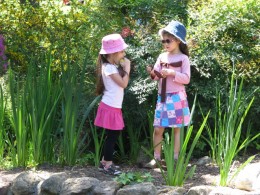 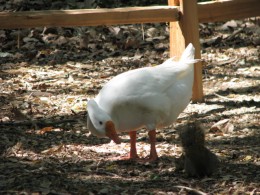 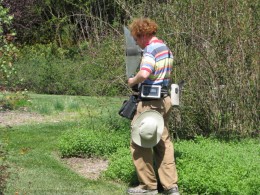 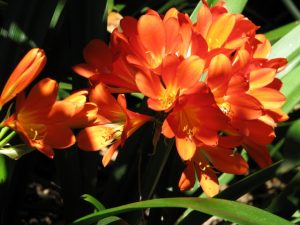 Today, they don’t have camellia gardens at Descanso, they have camellia forests. They go on for what seems like miles, and on Easter Sunday they were bursting with blooms. The pathways under the towering trees were lined with millions of orange flowers. The ladies at the information table told us these were Clivia miniata, a relative of the amaryllis, native to South Africa, usually called the Bush Lily, or the Kaffir Lily. (I believe that kaffir is the Afrikaans word for “nigger.” Oh, well.) These plants thrive and blossom in the shade, which is why they were planted there, I guess. It was a glorious sight. 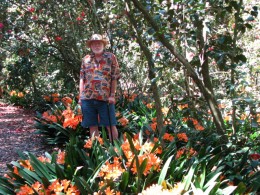 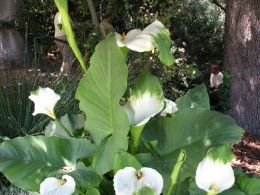 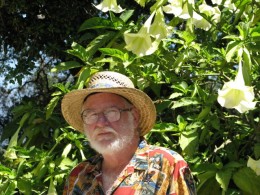 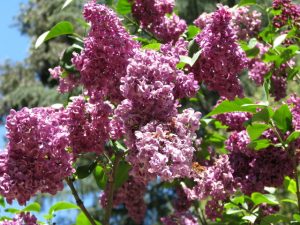 The formal paths were lined with all manner of exotic tulips, all blooming. It was a bit early for the extensive rose garden, and the smaller lily garden, but the lilacs were lovely. Oddly, they had no odor. The ladies at the info table claim that’s because in Los Angeles, it never freezes. Cross the San Gabriel Mountains to Lancaster, where it does freeze, and the lilacs smell. How odd.

Last time we were there the Enchanted Railroad wasn’t running, but today it was, so we had to ride. The grounds were full of young ladies in their Easter dresses, the younger ones wearing bunny ears. They were having an Easter buffet in the Rose Garden. I’d seen it mentioned online, and knew it was costing the diners $45 each. Yikes! Obviously, there are still some people not affected by the recession. 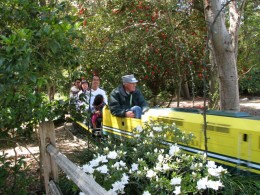 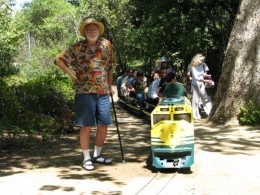 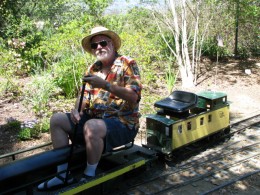 It was a lovely way to spend the holiday.