Brentwood! … and the OJ Murder Walk! 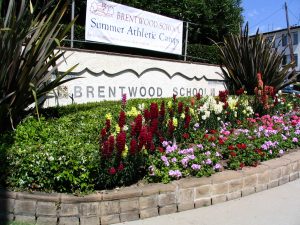 How would that guy on “City Confidential” put it? Paul Winfield, that’s his name. Sneering, insinuating …

“Brentwood is a quiet little neighborhood just west of the San Diego Freeway. South of Sunset Boulevard it is full of apartments and quiet, spacious homes. Children play baseball and soccer on warm afternoons. San Vicente Boulevard is lined with trendy restaurants where beautiful folk meet to discuss their latest movie deal. 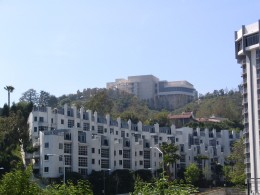 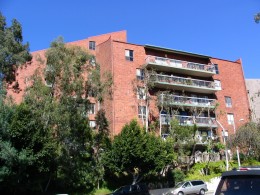 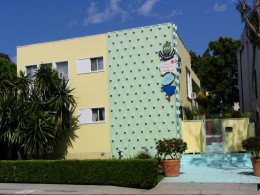 “North of Sunset it’s a different story. There the estates of the rich rival those of nearby Bel-Air and Beverly Hills. It’s the good life, here in Brentwood. Brutal murder, murder with a slashing knife, murder most foul, is something that happens somewhere else, maybe down south in Compton or Watts. Not in Brentwood. This is a nice place to bring up your children, or to live quietly in your walled compound. 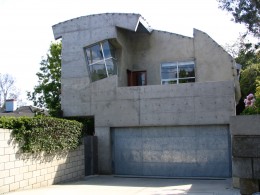 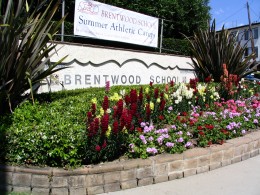 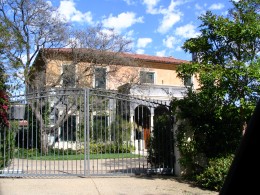 “But on the night of June 12th a murderer came stalking. Down from the hills he drove, seething with anger. He crossed the dividing line between rich and middle-class Brentwood and slashed the throat of his ex-wife and a man who worked at one of those trendy restaurants and may have just been in the wrong place at the wrong time.

Well, 12 people in Los Angeles decided he didn’t, possibly the only 12 people in the country who felt that way. Even the people who say he’s not guilty, who say he was found not guilty in a court of law and that’s that … know he’s guilty. 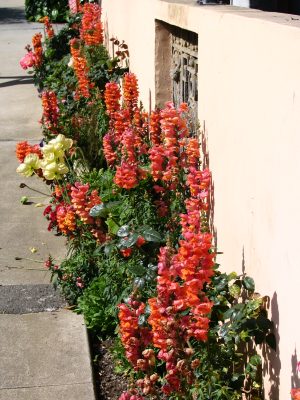 I bring all this up because Brentwood is boring. Boring if you’re going through it on Sunset Boulevard, anyway. San Vicente is a lot more interesting, so after slogging our way to the 405 freeway and goggling at the traffic moving at about 3 miles per hour (why do people get on the freeways, anyway?), we turned around and went back to Barrington Avenue. My intent was to visit the only three interesting sites I know of in Brentwood: Nicole Brown Simpson’s apartment, where the slaughter happened, OJ Simpson’s estate, and the Mezzaluna restaurant, where Ron Goldman worked. Hey, I have to have some angle to talk about here!

Well, I promised not to complain about my knees in these accounts, but it really became a factor today. It was a lot longer than it looked on the map, down to San Vicente, and all of it was downhill. It has been my observation that if you walk downhill for a long time, away from your car, it means that eventually you will have to walk back uphill, unless you call a cab. Earth is a funny planet that way. Why can’t things be downhill all the way?

Anyway, each step increased my dread of the long climb back home. There wasn’t much to see but apartment buildings and a city park with baseball diamonds and a swim center. And when we got to the bottom we found what I knew would be there: no Mezzaluna. We knew it was no longer in business, but I thought at least we’d see the building where it used to be. But I couldn’t decide which one it was, and by then, I didn’t really care that much. Nicole’s apartment was several blocks further on, and I had the sneaking suspicion that it would be just as uninteresting, so we turned back. 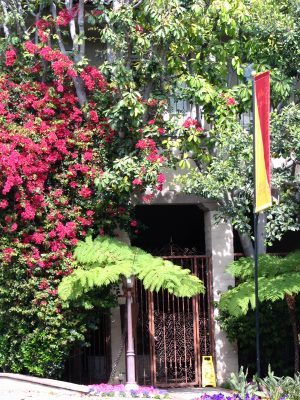 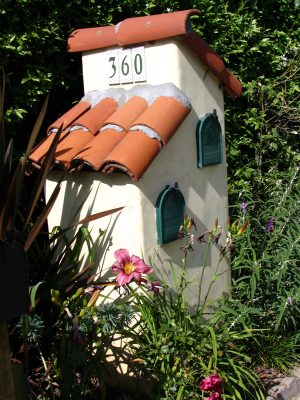 Westgate Avenue was pretty, as all these upper-class side streets are. As we made our way up the hill I found myself thinking about OJ in the white Blazer, speeding up the hill, perhaps up this very street … though more likely up Gretna Green or Bundy or Canyon View. He’s dressed in black, spattered with blood, trying to wipe it away without spreading it all over the interior. Out, out, damned spot! (The blood found in the Blazer was ruled inadmissible, remember?) He’s trying to figure out what all he has to do when he gets home. Shower, wash the knife, pack all the bloody clothes, ditch them in Chicago. What if the limo driver’s already there? Over the wall. Damn! Kato’s in the guest room! And where did I leave that goddam glove?

I wonder if he devoted a second’s thought to the possibility that his children might come downstairs at Nicole’s and discover the bodies themselves?

Ah, well. It’s all vanished now, as completely as the “real killers” OJ has devoted his life to finding. Mezzaluna’s gone. We drove by the place where the OJ estate used to be, now razed to the ground and with a new stone pile in its place. Nicole’s apartment is still there … we presume. It’s supposed to be 875 Bundy, but there seems to be no such address now. We surmise that it was re-numbered to confuse the ghouls … like us. Hey, we didn’t plan to knock on the door or look for bloodstains! We’re just curious walkers, taking in the quiet, deadly streets of Brentwood …